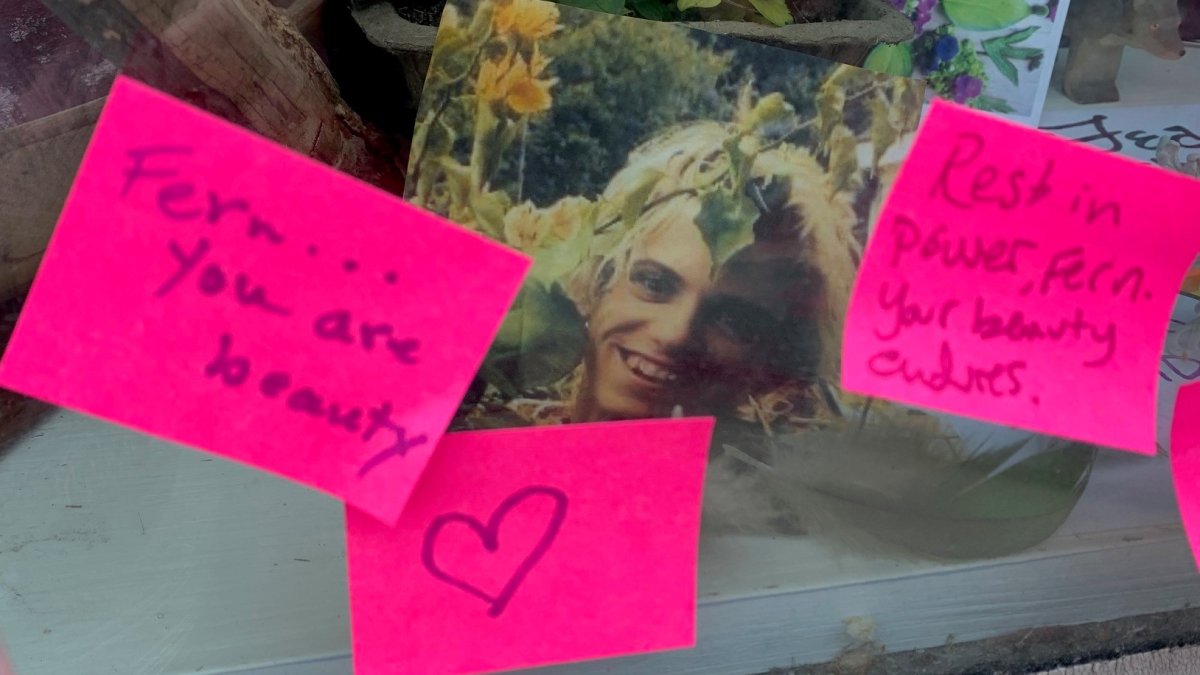 A Vermont man pleaded not guilty Thursday in the stabbing death of a transgender woman, whom friends are remembering as kind, spunky, and fun to be around.

“Just a really wonderful human being all around, that loved all things,” said Gracie Kennaugh, describing Fern Feather, 29. “That’s how I’m choosing to remember Fern.”

Feather’s loved ones filled a criminal courtroom in Lamoille County in the afternoon.

“She opened her heart to everyone immediately, without question,” Meredith Muse said, remembering her friend. “She trusted the goodness in humanity implicitly.”

On Tuesday, investigators found Feather in Morristown, stabbed to death. In court paperwork, police said the murder weapon appeared to be a 12-inch knife.

Prosecutors accused Seth Brunell, 43, of murdering Feather, who recently came out as a transgender woman. Investigators said Feather met Brunell, who was experiencing homelessness, not long ago, and that the two had been hanging out together.

Brunell’s defense attorney, David Sleigh, submitted a not guilty plea on behalf of his client during Thursday’s court hearing in Hyde Park.

According to police, the suspect claimed Feather had made an unwanted sexual advance and that he was defending himself. However, a detective wrote in court documents there was no visible evidence the accused killer was harmed by Fern.

Gerhard told NECN allegations of prior violence by the murder suspect’s own son against the same victim are still under investigation. So is whether Fern Feather’s gender identity could make her killing a hate crime, Gerhard added.

“A murder investigation is constantly evolving,” the prosecutor explained. “We are gaining new evidence every day. And if the evidence presented to us supports the charge of a hate crime, we will certainly pursue it.”

During the hearing, defense attorney Sleigh demanded quick delivery of investigative material, including video from body-worn police cameras, for him to review as he works to understand more about the case.

“I am remembering Fern as someone that just absolutely lit up any room that they walked into — a 1000-watt smile — and just created, always, a very welcoming presence with their presence,” Kennaugh said following the hearing.

As NECN reported last year, Vermont has a new law barring the so-called LGBTQ+ panic defense at trial. That means a suspect cannot claim that shock over someone’s sexual orientation or gender identity somehow drove them to violence.

The Pride Center of Vermont offers free and confidential support to survivors of violence and discrimination through its SafeSpace anti-violence program. More information is available online or by calling 802-863-0003. A toll-free number for the service is also available, at 866-869-7341.

In a Facebook post, the Pride Center of Vermont invited community members to attend a vigil Saturday, April 16 to celebrate Fern Feather’s life and to “honor trans joy.” That vigil will be held in Oxbow Park in Morrisville at 2 p.m., according to the post.